Are your habits limiting your success? 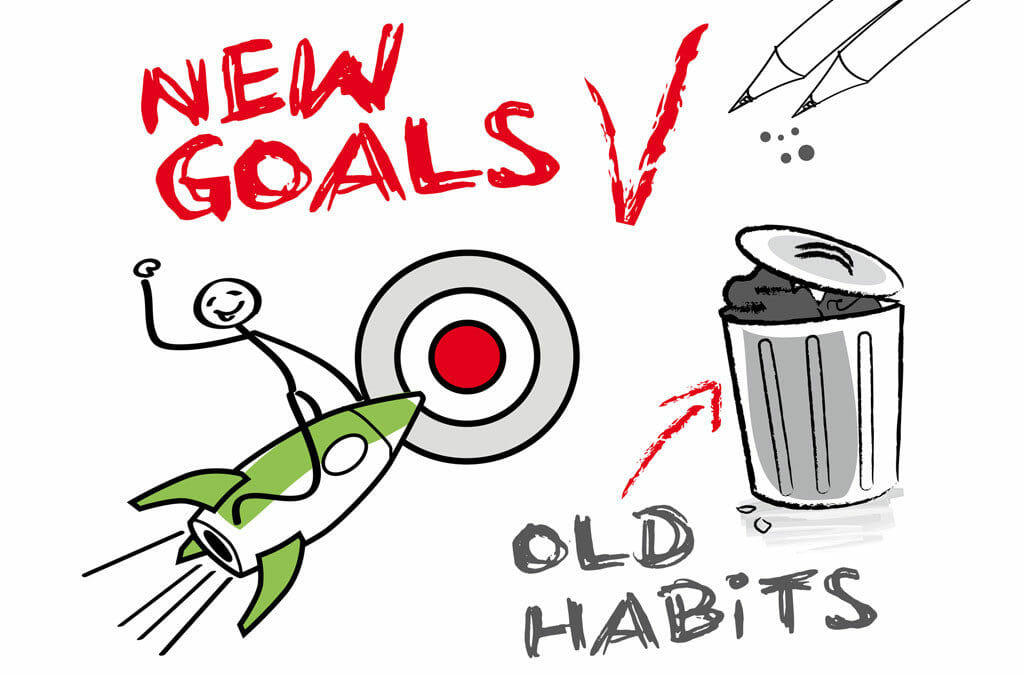 Your habits are the key to your success in life.

A habit is something you do when triggered by something when you crave the reward.

The Anatomy of a Habit

A habit has four (4) parts. Once you understand the parts, you can change any habits that is limiting your success.

The routine is the problem. It’s the action or series of actions that you take when you crave the reward that is limiting your ability to achieve your goal. To change the routine and your outcome, you have to identify the cue and the reward so that you can replace the routine with something equally rewarding.

We all have some habits that may not be serving our wellbeing or limiting our success. I have been referring to my need for innovation as a “nasty innovation habit” for the last several years. Like other bad habits, my innovation habit affects my wellbeing in a number of ways and it’s hard for me to break the cycle because it’s so automatic. Let me explain why…

Cue: What drives me to innovate?

It all starts with a problem or at least something that seems harder than it needs to be [cue]. I crave the challenge of adventuring into something new, something that challenges my thinking and the status quo.

Routine: Develop a solution to solve the problem

I ventured into e-learning during the dot com boom even though I didn’t know anything about the technology or methodologies for developing courses at the time. However, I hired consultants to collaborate with me.

At the time we launched, Health South missed their numbers by more than $2 billion which materially misstated their financials and caused the dissolution of the company. The numbers are easy to unintentionally misstate. However, Health South executives intended to deceive investors and succeeded in doing so for a long time. Several of them ended up in jail.

The contractual write-offs are still a big problem for most healthcare companies because the system is fragmented, the contract terms for payment vary from payer to payer, systems lack the needed sophistication to administer the payment permutations and the people doing the day-to-day work and reporting the numbers rarely get the needed training.

Outsourcing only solves part of the problem. Every step of the process and very transaction posted into the billing system makes a difference to the accuracy of the numbers. Rather than fixing the problem, the industry added more solutions to address the consequences and shift the blame. The revenue cycle industry generates more than $52 billion annually and is still not satisfying any of the stakeholders – especially patients.

My first solution addressed the training deficit. I thought it would be like writing a book in that it takes an upfront investment of time and effort but then pays off over time. Like Starbucks, our courses provided professional credits that could be used for college courses.

With a 10% initial pass rate, I worked harder than I ever imagined. It wasn’t like a book at all because clients transferred performance expectation to me. I tried to be really inspirational during virtual meetings and relatable in our marketing collateral. Our messaging was on the right track but we missed the need for teaching basic life skills.

Starbucks’ program reportedly teaches skills such as “how to live, how to focus, how to get to work on time and how to master emotions”. My sister who is a psychologist identified that her clients at the time were similar to my students. She was just trying to get them through life whereas I was trying to turn them into star performers. I connected the dots, but failed to close the gap.

Sadly it was a missed opportunity. Offering people a way forward in life empowers them with keystone habits that makes it easier to change other habits to improve their lifestyle and live their best life. In short, education has the power to change lives.

The Reward: What do I get for solving the problem?

I often joke with people that I got the whole employment equation all wrong. When you innovate with your own money it often requires significant sacrifice and for some, it seems like unnecessary hardship.

The reward while on the journey are all the “small wins” that reinforce the belief that the goal is achievable. I can actually feel the pleasure center of my brain light up with a win. Another entrepreneur who I met early in my career used to talk to me about progress. The concept of progress stuck but I didn’t fully appreciate the value of it then.

It took experience for the value of progress to really resonate. As with any big goal it takes months or even years to achieve and there are many setbacks that make you question whether you can get through another week or month.

I have a sticky note on my monitor with the words “Do whatever it takes”. I move it to eye level on those days when I need a constant reminder to get out of my comfort zone. Of course there are ethical limits to the “whatever” but I have had to do things and have had conversations that are beyond my comfort zone. When it’s something that needs to be done, everyone has the power to bust through their self imposed limits.

Carving: What makes me keep going?

My friends and family wonder what drives me to keep innovating. I do well as a consultant and consulting without personal projects provides for a more balanced life. Truth be told, there are times when I crave more balance. Some days I can even hear my subconscious saying “I want my old life back” as though a pouting child. However, the craving to feel the “rush” of solving a bigger problem is more compelling. So I just keep innovating.

Goals: What are your goals?

I have always wanted to have a “positive impact” on healthcare. Those words alone have served as a guiding force for the type of work that I do as a consultant, the way that I conduct myself within the industry and the types of problems that I tackle on my own. It’s kind of like Google’s “do no evil” mantra.

When Paul O’Neil became CEO of Alcoa, he focused the company on safety. When he spoke about safety at his first annual meeting, investors thought he had lost the typical Republican plot of “synergy, rightsizing and co-opetition”. However, what the investors didn’t understand was that by focusing on safety he united the company around a common goal. As safety improved, productivity and profit improved.

We need a common goal to unit the healthcare industry. The triple aim lacks identity and is hard to remember.

If you haven’t read the Power of Habit by Charles Duhigg yet, I encourage you to do so. It was enlightening for me on many levels and provided food for thought about how I want to approach my work and life going forward.

If you’re struggling to loose a few pounds, I’ll leave you with the two most important things from the book that you can do everyday:

Get four insights for advancing your Pilates practice as well as three tips on how to do it.
#Wellbeing #workout #pilates #balancedBody #thesweatlife

Join me for Community Mat starting Tuesday, January 3rd at the Coal Harbour Community Center in Vancouver on Wednesdays at Noon. Reserve your spot with the CHCC now. L2-L3 classes starting in April.