Use the three Ds to make good decisions. 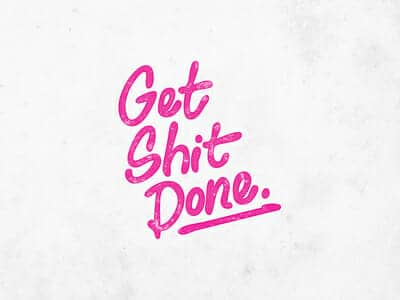 The three Ds will help you be more successful at work.

The three Ds are Discussion, Debate and Decision from the process of “Get Stuff Done”  described in Radical Candor.

I happen to be reading the book when a stakeholder disagreement on one of my projects surfaced. I used the three Ds as a framework to explain my process for flushing out the problems, generating ideas and developing the right course of action for the project.

According to the book, discussion is supposed to take place in 1:1 meetings. Meetings between managers and direct reports are supposed to provide a safe and constructive environment for discussing new ideas, challenges and other issues.

The discussion phase for me typically happens with a small group of subject matter expertise. It’s a low key discussion to flush out the details of the problem and constraints so that we can generate new ideas for how best to address the need. We basically spend the time thinking about what’s possible. Afterwards I send out a recap of our discussion and capture any additional thoughts on the matter. The recap ensures that we all left the discussion with the same understanding.

Debates are bigger meetings to present the ideas so that others can raise their questions and concerns before a decision is reached. Keeping people in debate rather than decision mode is tricky especially when you have deciders in the room.

Debate can be almost painful for those who already know what they want and/or want a quick decision. If you have ever felt like you got shut down too early during a debate meeting it’s a clear sign that you have deciders in the room.

The best thing you can do based is to communicate your expectation for the meeting and what you want to get from it. If the ideas aren’t flowing, directly challenge the group on a specific problem or idea to spur further debate. The book has some techniques for making sure everyone is in the mind space for a debate meeting and for making it a fun process.

People who have a strong grasp of the facts need to make the decisions. Those people are usually closest to the work.

The three Ds also help me respect the boundaries of my role as a consultant which is to help flush out the problem, generate ideas and facilitate the decision making process – and not make decisions no matter how tempting.

You could apply the three Ds to other relationships as well. Think about the 1:1 meeting framework. When friends and family have problems, they often just want to someone to listen and to ask questions that help them clarify their issues and ideas. They don’t want to be told what to do and definitely don’t want to be judged.

Debate is necessary when decisions affect others. It gives everyone an opportunity to ask questions and raise their concerns so that they can be addressed before a decision is made. Debate often ends too early in the process and unfortunately, the relationships suffer.

Best advise, keep the debate going until you can make a good decision.

Join me for Community Mat starting September 21th at the Coal Harbour Community Center in Vancouver on Wednesdays at Noon. Reserve your spot with the CHCC.